Living culture – an inventory of intangible cultural heritage in Denmark

The inventory is part of the work with UNESCO's Convention for the Safeguarding of the Intangible Cultural Heritage. The countries that have joined the convention create one or more inventories of living, intangible cultural heritage in their own country.

According to the convention, the inventory is a tool to identify, describe and disseminate knowledge about different examples of intangible cultural heritage. The inventory is a living document with examples of intangible cultural heritage submitted by the communities of practitioners themselves. Every third year contributors are encouraged to update their contribution.

If you wish to submit an example of intangible cultural heritage in another language than Danish, please contact The Danish Folklore Archives at The Royal Danish Library.

Communities applying for the Representative List of the Intangible Cultural Heritage of Humanity must first be able to show that the proposed element is included in a national inventory.

The following texts are short abstracts of the submitted contributions to Living Culture. The content of the different abstracts is thus an expression of the opinion of the author(s). 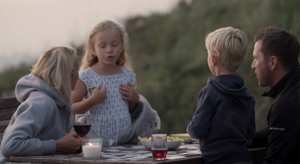 “Hygge is a concept that is deeply integrated and very much a part of the Danish language. It is something we like to share with each other. Hygge is for everybody, young and adult. “ 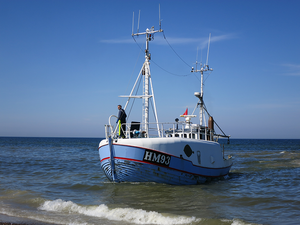 The contribution is submitted by representives of the Danish Viking Ship Museum, Han Herred Sea Boat Association and the Wooden Ship Association:

"The clinker boat is a particular Nordic boat type, which during the last 2000 years has had great impact on shaping Denmark as a seafarers’ nation. The boat may vary in shape and size, depending on the purpose and use of the boat as well as for whom it was built and the materials available. Nordic clinker boat traditions also include the use and maintenance of the boats." 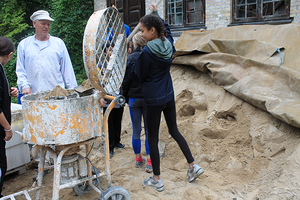 Transmission of traditional craftsmanship to schoolchildren

“Craftsmanship to schoolchildren is a project that seeks to implement an educational model into Craft and Design which is part of schoolchildren’s curriculum. By working with different materials and trying out various types of craftsman techniques and skills, the project aims at giving children insights into an array of different forms of craftsmanship.” 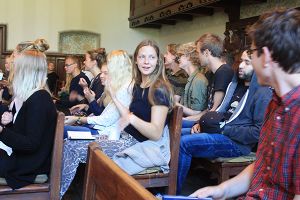 “The values of the Folk High School are disseminated through the language and the stories, through talks and songs, and through the homely atmosphere of living in a boarding school. It is an intangible cultural heritage which impacts many people’s view on life and their everyday culture.” 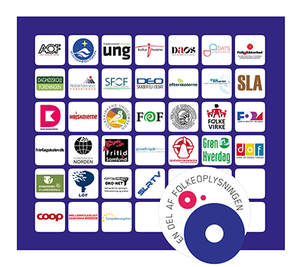 “The tradition of managing and attending lifelong learning. The activities targets adults, who participate through choice and chose subject and activity. Non-formal adult education consists of non-profit training programs, debating events and other activities such as evening courses, amateur theatre, choir activities and local radio.“ 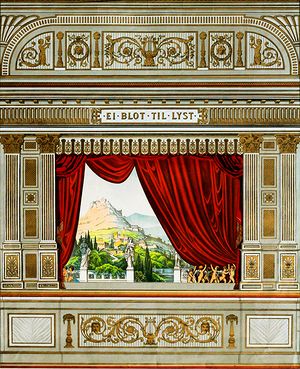 The marionette theatre in Denmark – art on small stages

“Around 1880 the marionette theatre emerged in Denmark; inspired by new printing techniques and an emerging popular interest in theatre. A that time, the marionette theatre was already widespread in most European countries, but thanks to the skilled lithographer Alfred Jakobsen, Denmark quickly asserted itself in Europe.” 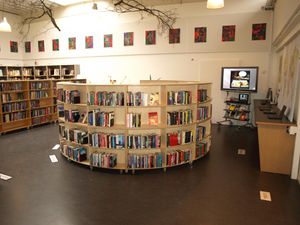 The contribution is submitted by Kommunernes Forening for Pædagogiske Læringscentre:

“In an educational and in a world perspective, the Danish School Libraries are unique. Danish school libraries are rooted in a long cultural tradition of disseminating good children’s literature. The school library is a portal to the wonderful realm of fiction and to the unique knowledge of non-fiction. School libraries enable access to knowledge, experiences, education and access to the World.” 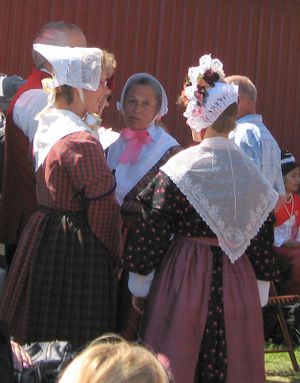 The contribution is submitted by Lene Steenbuch: "National anthem" of Bornholm: Sjøkarijn from 1835.

"After losing Scania in 1658, the Bornholm language is the only existing example of an Eastern Danish dialect in Denmark, except for a few trends in Dragør and Skovshoved. A fact that leaves people on Bornholm with a sense of linguistic isolation but also sets Bornholm language as a significant identity marker." 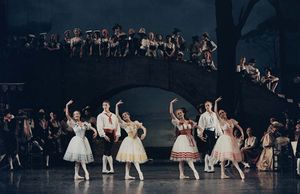 "The ballet school of the ballet master August Bournonville has been passed on from generation to generation for almost two centuries. The steps and the repertoire represent a particular way of dancing, particular aesthetics and mimic gestures." 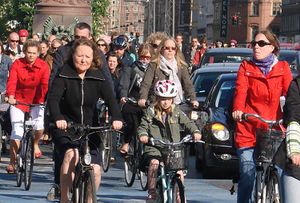 The contribution is submitted by Danish Cyclists' Federation:

"Denmark is one of the countries in the world where most people bike around. Today most Danes learn to ride a bike before the age of 10 and about 50% of all Danes ride a bike several times a week. To many the bike is much more than just a means of transportation." 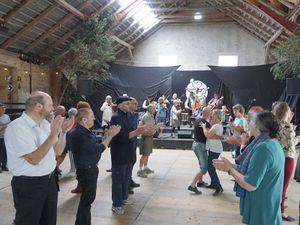 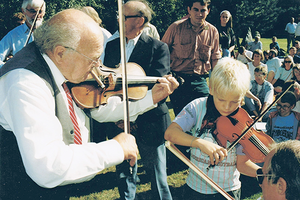 "Danish folk music traditions are part of the intangible cultural heritage in Denmark. The traditions encompass a variety of music, dances and songs that encapsulate several hundred years of repertoires and expressions including those of today." 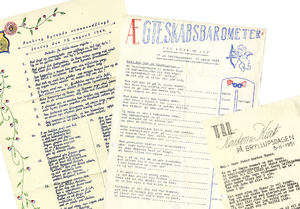 The contribution is submitted by film producer and author Ebbe Preisler: 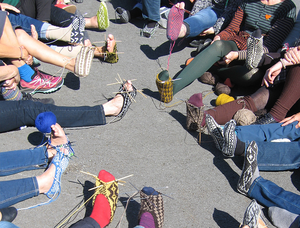 The contribution is submitted by Agnete Rasmussen, a representative of the knitting association, Gavstrik:

"People have always knitted and will probably continue to do so. However, if the tradition is to maintain its popularity, the craft needs safeguarding through visibility and educational efforts." 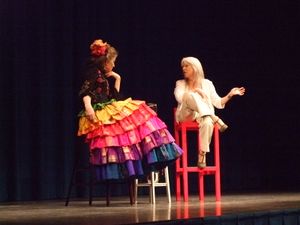 The contribution is submitted by storytellers Vigga Bro and Lise Marie Nedergaard:

"The theatre, the novel and the folk song are rooted in the art of telling stories. From the outset of a basic storyline the storyteller creates the story through improvisation and engagement with the audience. Both professionals and amateurs tell stories." 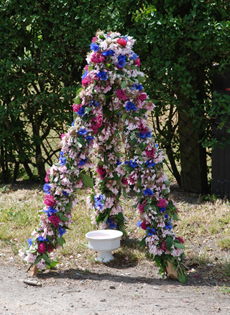 Contribution submitted by Eigil Viggo Jensen, member of the Kildefest Committee: "The celebration stems from a heathen ritual of bringing the sick and the weak to the holy spring to let them drink of the health-giving spring during Midsummer. An event still celebrated in Svaneke on Bornholm." 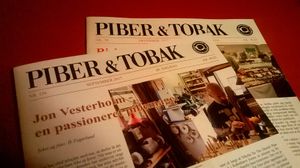 The contribution is submitted by Nordic Smoker's Guild:

"Pipe smoking has been a living tradition in Denmark since the 17th Century. Internationally, Danish pipe makers are recognized for their skills." 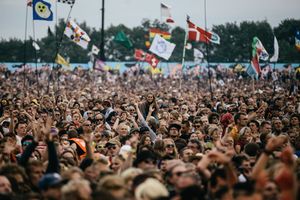 The contribution is submitted by the Roskilde Festival Group:

"Roskilde Festival is the biggest music festival in Northern Europe and one of the oldest still existing festivals in the world." 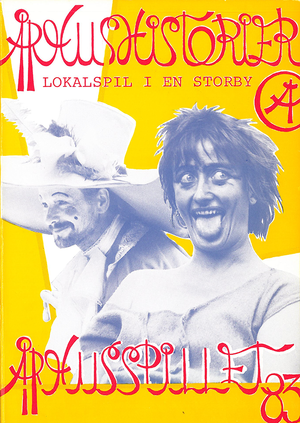 Contribution submitted by John Andreasen: "Between 1970 and 2017, about 700 community plays were put on production in Denmark. The number of participants – behind and on stage – can vary from 10 to over a 100 people. Most plays are based on historical events and are typically arranged by non-professional actors supported by friends, family and the local community.” 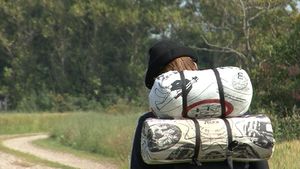 Contribution submitted by Suzi Apelgren: “At går på valsen” is to travel and develop as a craftsman through exchange of craft and culture. The tradition is most common in Central Europe. Right now, there are between 400 and 600 travelling craftsmen. Only one of whom is Danish. Within the last two years, two Danish travelling craftsmen have returned home. The returned craftsmen develop a lifelong brotherhood.” The coexistence of minority and majority by the Danish-German border

“In the Danish-German border region minority and majority live in peaceful coexistence. Following decades of conflict, a fruitful coexistence and collaboration have developed during the past decades. Today, the presence and activities of the minorities are regarded as adding value to the region." 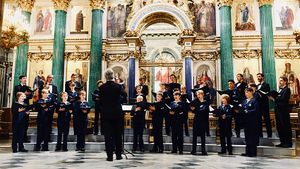 “The classical European chapel choirs, the associated choir schools and their connection to their cities represent a unique cultural heritage and constitute the foundation of the European choir tradition and the development of classical music. For over 800 years, this world of sound and tradition has influenced the international music scene.” "Since 1991, Læsø Salt Seething has resumed the tradition of seething salt on the beach meadows facing south in a reconstructed medieval environment. Like in the Middle Ages, the salt production relies on a unique commodity: the highly salty groundwater. They use local wood in the process of heating and evaporation. They produce salt year round and accommodate between 70.00 and 75.000 visitor during the year. The visitors get to see the production and learn about the cultural history." 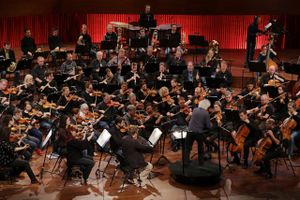 The musical theatre tradition represented by The Royal Danish Orchestra

Contribution submitted by representatives of the Royal Danish Theatre:

“The Royal Danish Orchestra dating back to 1448, served King Christian I as the Royal Court Trumpet Corps. The first 401 years the Orchestra was the King’s property and a prestigious cultural project. After the Constitution of 1849, the Orchestra was handed over to the State. All orchestra members have a unique number.” 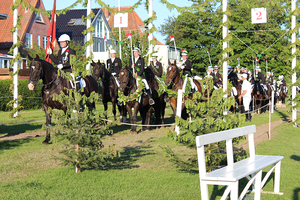 "The National sport of Southern Jutland. A sport for all ages, professions and gender. The sport takes place across the region in different towns." "The Bovbjerg Lighthouse is cultural center for people who are interested in culture, nature, art, theatre, music, science, history and literature. A committed group of volunteers runs many of the activities and takes part in the everyday management of the lighthouse. The lighthouse is a popular recreational area for tourists and the local population." 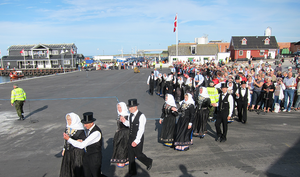 The traditional costume of Læsø

“As seafarers, the men at Læsø brought home silk, damask and other exotic textiles from countries far away. Silver was imported from the Netherlands. The costume was designed to imitate the clothing of the bourgeoisie in the larger cities. The design of the costume has not changed since 1850.” 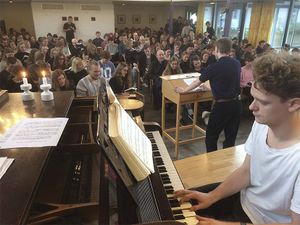 ”In Denmark, community singing is a living tradition. The lyrics and melodies of the songs are of high artistic quality and are performed in many contexts where people come together: at schools, workplaces, associations, sport clubs, city councils, political gatherings, family gatherings and so forth.” 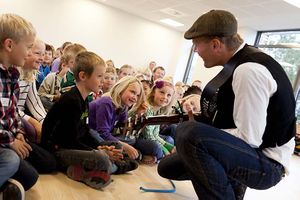 “Ludvig Holberg (1684-1754) is the biggest name in Danish theatre. He introduced an array of different genres to the cultural landscape of Denmark. The Holberg tradition encompasses the comprehensive work of Holberg. His work has had a massive impact on who we are as a people and has contributed to our openness to European culture. Similar effects occur in Norway where Holberg was born.”

“Danish domestic crafts and artisan tradition is rooted in traditional ways of producing and thinking of craftsmanship and artisanship. Opposed to the professional artisan, these practitioners often come together in associations to design and create without commercial aim. The tradition represents the non-professional citizen’s skills and ability to produce things for everyday use and art by hand.”

Tradition from the Southern part of Jutland

”I have grown up speaking and reading with a regional accent since I was a child. Today is speak and use the dialect of Southern Jutland through talks and storytelling events. I tell fairytales of Hans Christian Andersen and because the audience already knows the stories they understands despite the dialect.”

”Nowadays Fastelavn is a festivity celebrated mainly for and by children. Children “beat the cat out of the barrel” and elect a King and a Queen of Cats. The festivities involves lots of candy and children wear beautiful and imaginative costumes. Fastelavn is celebrated across the nation.”

“Originating from Denmark, the revy dates back to 1849, when author Erik Bøgh wrote a singspiel containing lyrics on contemporary news matters.”

“Nowadays when people on Læsø go for a walk in nature, they never return empty handed. It is an old tradition, that you bring back home what nature so kindly gives. Back in the old days, the custom stemmed from necessity; today mainly exercised as it brings joy.”

Contribution submitted by The Medical Gardens in Tranekær:

“Centre for the collecting of knowledge on medical plants and their use in traditional medicine and in modern medicine. The gardens contain 600 different sorts of medical plants including trees. The centre preserves living cultural heritage of Langeland i.e. sorts of apple trees, roses and poppies from Langeland."

The Easter eggs from the Easter Bunny

"Easter morning the Easter Bunny leaves eggs for the children to find."

"Every year on Strynø, an island in the archipelago of Funen, people come together for the May Tree celebration. Men hoist the May Tree, women decorate the garlands for the tree and children bring forth the flag to celebrate the coming of summer."

The Danish treasuries of children’s songs

“The tradition of singing to and with children exists in most cultures. People pass on traditional songs and singing games and make up their own songs to comfort the child and to help it fall asleep.”